One of the B-ARFCOM members who is also a Lawyer has been on a case in WV and has updated a thread about it that is worth checking out.

I have a Team thread on this case, but I thought GD might appreciate this. You may have seen this – the original video: 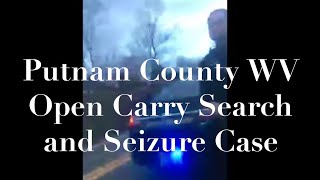 Lawsuit was filed, and then lost. Because the AR-15 is scary and black. We appealed to the Fourth Circuit. You have to watch not only what law enforcement leadership says in public and to their constituents (such as here where this county declared itself a “Second Amendment Sanctuary”, but also what their lawyers file on their behalves behind the scenes when John Q. Public isn’t looking.

An update on my blog with some of the excerpts of their brief I just received:

Some nuggets out of it:

An AR-15 has more killing power, and is more commonly used in indiscriminate public gun violence than many more commonplace sporting or self-defense weapons, and therefore raises a greater concern for public safety in context.

Nor is an AR- 15 a weapon commonly used for hunting, such as a deer rifle or shotgun, or carried for self-defense….

he was carrying an AR-15-style rifle that allowed him to fire upon people in much the same way that many American soldiers and Marines would fire their M16 and M4 rifles in combat.

Update live stream video I’m going to do on it at 5:30 (eastern), if I can get all my shit done I need to get done before then: 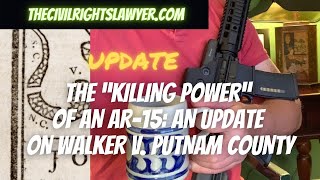