An witness to the Birmingham stabbings has today described the moment he saw a woman ‘stabbed in the neck’ during the horror attack – which left one dead, seven injured and police hunting for an on-the-run knifeman.

Weird. Seems all those laws banning knoiveshasn’t realy stopped these things from happening.

Bar owner Savvas Sfrantziz ( now there is a strong traditional British name if I ever heard one) says he saw the man, who he described as ‘black, in his 20s and wearing a hoodie’, stab the woman ‘several times’ in the neck before ‘walking away’. What a shame that Savvas is clearly a racist.

It comes as murder detectives launch a manhunt for a lone knifeman following the attacks, which took place in four areas of the West Midlands city across a two hour period in the early hours of this morning. This went on for 2 frigging hours… lol

One man died in the stabbings, while seven were injured, including two people, a man and a woman, who are said to be in a critical condition in hospital with serious injuries. Good thing dude didn’t have a gun, otherwise some one might have been hurt.

Speaking about the attack, Mr Sfrantziz, who owns Mykonos bar on Hurst Street, where one of the attacks took place, told Sky News: ‘I saw him stabbing the girl several times in the neck. I was only about 20 yards away

So did he rush to her aid?

‘She started screaming: “He’s stabbing me.” But everybody thought he was robbing her because she had a necklace.

Nope. Probably because he knew he would be punished more than the mass stabber if he did.

‘He wasn’t concerned, he wasn’t worried, after he stabbed the girl he started walking away.’

Today, police chiefs revealed how they believed the victims were targeted ‘at random’ and that there is ‘no suggestion’ at this time that the stabbings were related to terrorism, gangs or hate crime. of course not, stabber was black.

A spokesperson for West Midlands Police said: ‘We can now confirm that we’ve launched a murder investigation following the events in Birmingham city centre overnight.

‘A man has tragically died. Another man and a woman have suffered serious injuries and five others have also been injured, although their injuries are not thought to be life-threatening.

‘We believe the incidents, which took place between 12.30am and 2.20am, are linked and we’re doing all we can to find whoever was responsible. 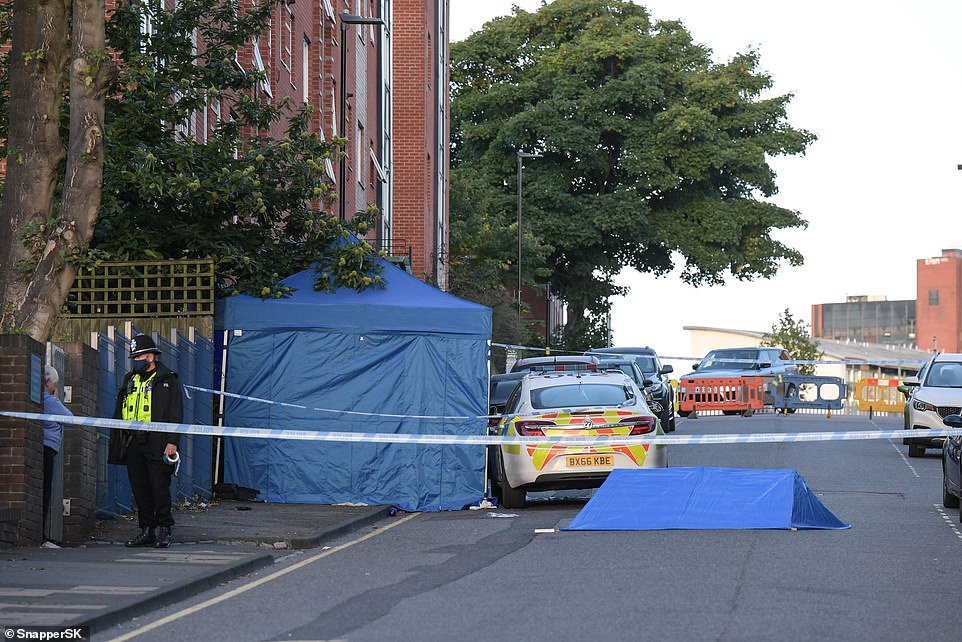 Multiple people have been stabbed in Birmingham city centre, with police declaring a major incident. Pictured: Police have today cordoned off part of Irving Street in Birmingham 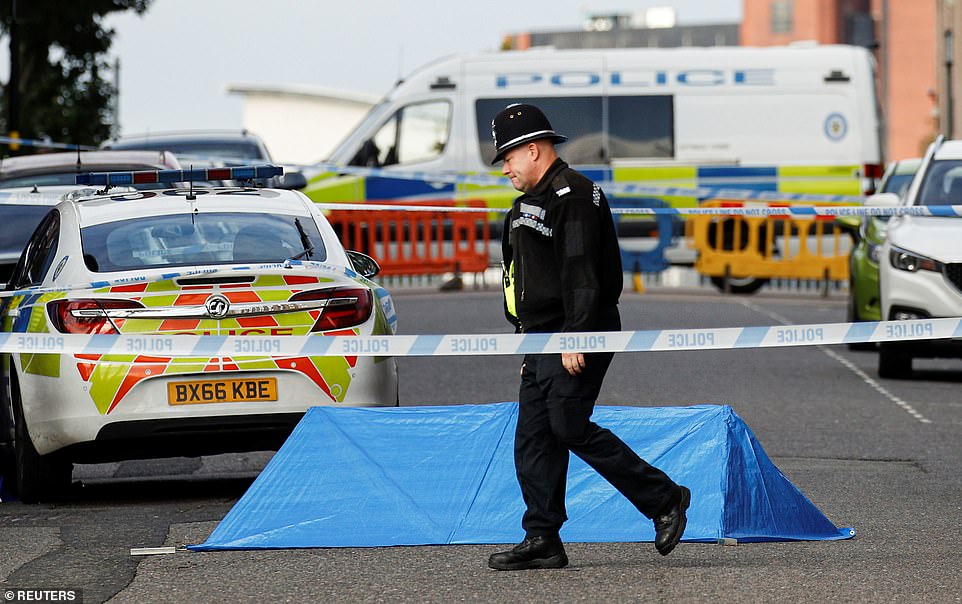