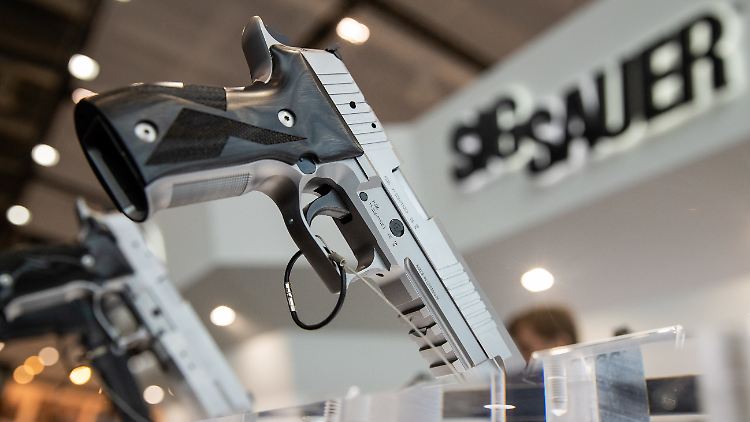 Sig Sauer closes its German location. The pandemic is not the only cause of the withdrawal. The arms manufacturer cannot win large orders beforehand. He sees his international orientation as the reason.

The arms manufacturer Sig Sauer wants to close its German production site in Eckernförde in Schleswig-Holstein at the end of the year. The local location disadvantages did not allow the economical production of sports and government weapons in the future, the company said. The works council and the workforce had already been informed of the economic situation. Accordingly, 120 employees lose their jobs.

The company pointed out that German legislation is increasingly restricting the use of sporting weapons. “A few local producers are preferred by both the German police and the Bundeswehr when it comes to awarding government contracts.” Sig Sauer was systematically excluded from the tenders because of the company’s international orientation. Most of the company’s developments came from the United States. Managing director Tim Castagne told the “Bild” newspaper that Sig Sauer had not been able to prevail against the competition on large orders, for example for the new Bundeswehr assault rifle. Sig Sauer rejected media reports that the company was broke.

According to the company, the shareholders have made major financial contributions to stabilize the company in recent years. There were also drastic austerity measures to secure jobs in Germany. “In addition to the existing problems, there are the current effects of the Corona crisis, which have an additional economic impact on the continuation of business in Eckernförde.”

Since 2000, Sig Sauer GmbH & Co.KG in Eckernförde has belonged to L&O Holding in Emsdetten (North Rhine-Westphalia), which also includes the US sister Sig Sauer Inc. in Newington (US state of New Hampshire) and the Swiss arms in Neuhausen belong.