Smirking father and son cannibal murderers have been jailed after beheading a former policeman and cooking his body parts.  BLYAT!!

Maxim and Yaroslav Kostyukov, 42 and 21, were convicted of killing Yevgeny ‘Zhenya’ Petrov, 45, in Ukraine.

They will serve sentences of 15 years. The three had been drinking together when a row developed over the conflict between Kyiv’s forces and pro-Moscow rebels in the eastern part of the country.

Is it really just a “row” when you end up eating a guy over it?

A court heard how the son had held Petrov from behind while the father stabbed him twice in the chest. 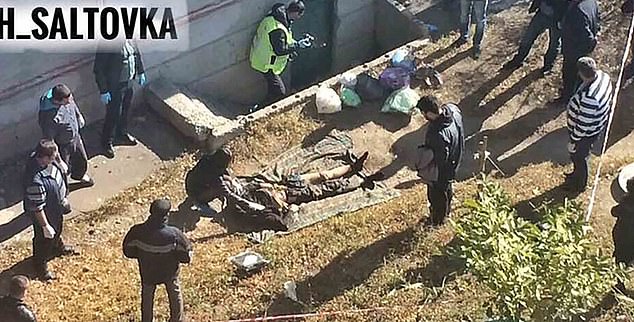 GRAPHIC CONTENT: The headless corpse (pictured) was found dumped near a cellar doorway close to an apartment block in Saltivka, near Kharkiv.

Yaroslav Kostyukov then severed the ex-policeman’s head and cut out flesh from the corpse as well as his heart, kidneys, liver and other internal organs.

What is it with these people? Chernobyl wasn’t bad enough, change my mind.

He confessed to cooking the ‘meat’ which was served when the father and son hosted a homeless man called Yura.

Poor Yura had no idea..

Yaroslav later he changed his testimony to deny being the cook and claiming he ‘hardly ate’ the human ‘broth’.

He was sick as soon as he took the first bite, he said. He claimed the homeless man had ‘feasted’ most of it.

Not me! that disgusting homeless guy did the eating! Nice to know he has some morals and draws the line some where. 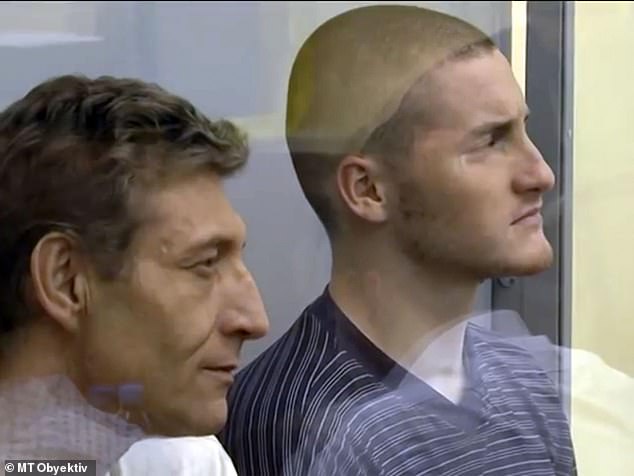 But law enforcement said there was clear evidence the pair were cannibals and had cooked and eaten their victim.

They smirked in the court cage. Prosecutor Oksana Karnaukh said: ‘There is no such crime as cannibalism listed in the Criminal Code of Ukraine.

That explains a lot ..

The ex-wife of the murdered man identified him from his severed head. She is claiming compensation for ‘insomnia’ after the trauma, it was reported.

“Yea thats him, but seems like he was taller..”

Read the rest here you sick freaks. they only got 15 years for this caper.