A 41-year-old man reportedly admitted to killing his girlfriend and cooking her legs after feeling hungry during their drinking party in Ukraine.

Bet you didn’t expect to read that today.

The cannibal, identified only by his first name of Oleksandr, is said to have been frying and eating his victim’s legs when police raided his house in the central city of Kryvyi Rih.

Sometimes you get a certain craving for one thing and nothing else will really hit the spot. Know what I mean?

According to police, Oleksandr and his 50-year-old girlfriend, who has not been named, were having a home boozy party on April 13. 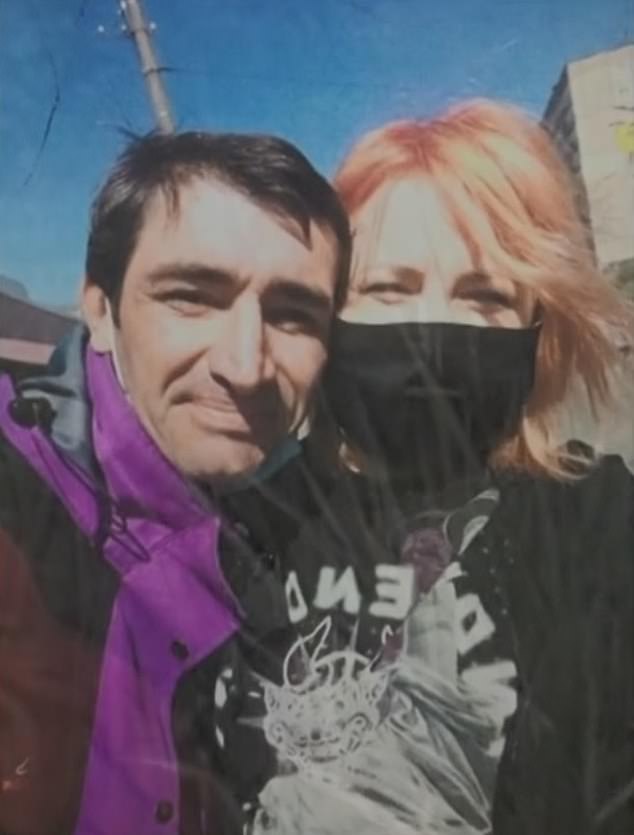 A 41-year-old man (left), identified only as Oleksandr, admitted to killing his girlfriend (pictured) and cooking her legs after feeling hungry during their drinking party in Ukraine

During the drinking session, Oleksandr grabbed a kitchen knife and cut the woman’s throat open, causing her death, detectives said.

After checking on the woman and making sure she was dead, the man reportedly hacked off her legs and stuffed the rest of her body into a sack.

Wasn’t that nice of him to make sure she was dead before he cut the legs off? Don’t want her to suffer after all. Who said chivalry was dead?

At night, he dragged the sack around 1,600 ft (500metres) from his house and hid it among the reeds by the Inhulets river, according to local media.

The gruesome remains were spotted the next day by a family who was walking in the area.

‘I saw naked buttocks sticking out of it and realised it was human remains. I called the police.’

Locals immediately identified the victim and told the police the address of her boyfriend.

Oleksandr was arrested after officers came to his home and found him frying flesh from his girlfriend’s leg in a frying pan before eating it BLYAT!