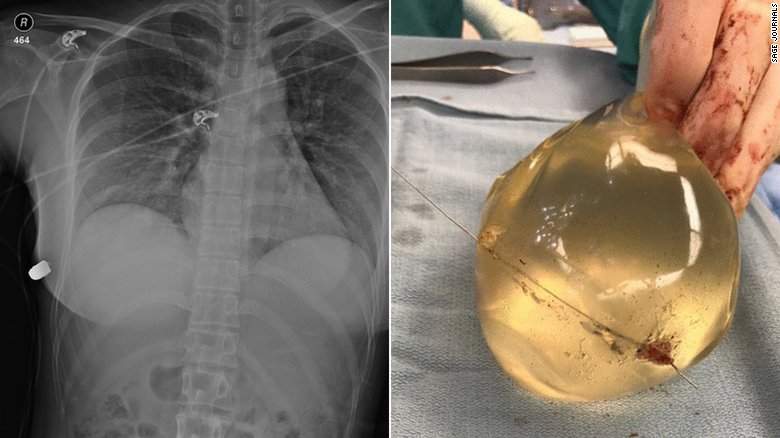 Doctors believe the woman’s life was saved because of her implants, which affected the trajectory of the bullet.

In a case study published to the SAGE medical journal last week, doctors described how a silicone breast implant deflected a bullet away from a 30-year-old woman’s vital organs. The incident, which took place in 2018 in Toronto, Canada, is one of only a handful of instances recorded in medical literature where a breast implant played a role in saving a patient’s life, and the first recorded instance of a silicone implant doing so, surgeon Giancarlo McEvenue told CNN. Doctors noted that the silicone implant was likely responsible for deflecting the bullet’s trajectory — ultimately saving the woman’s life. 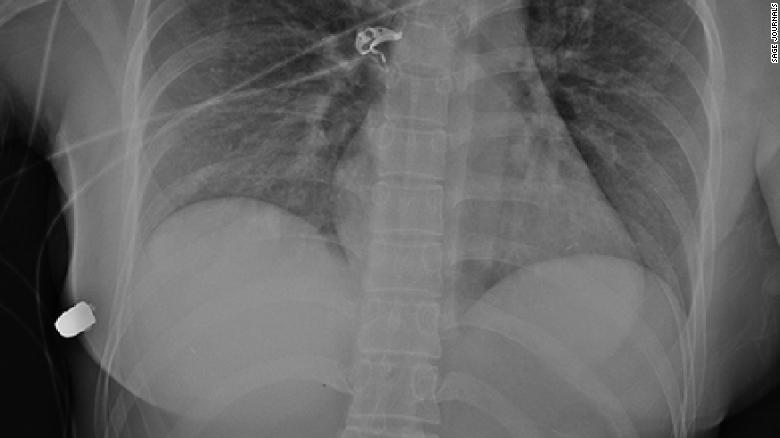 An X-ray showing the bullet in the lateral thoracic wall.There are two types of breast implants approved for sale in the United States. They both have a silicone outer shell, but one is saline-filled, and the other is silicone gel-filled. They can vary in size, shell thickness, shell surface texture and shape, and are typically implanted to increase breast size or to rebuild breast tissue, such as after a mastectomy or other damage to the breast.

“The bullet wound entry was on the left breast, but the rib fracture was on the right side. The bullet entered the skin on the left side first, and then ricocheted across her sternum into the right breast and broke her rib on the right side,” he explained. “The implant caused the change in the trajectory of the bullet,” he said.The woman suffered a gunshot wound, broken ribs and broken implants, but otherwise was remarkably unscathed. 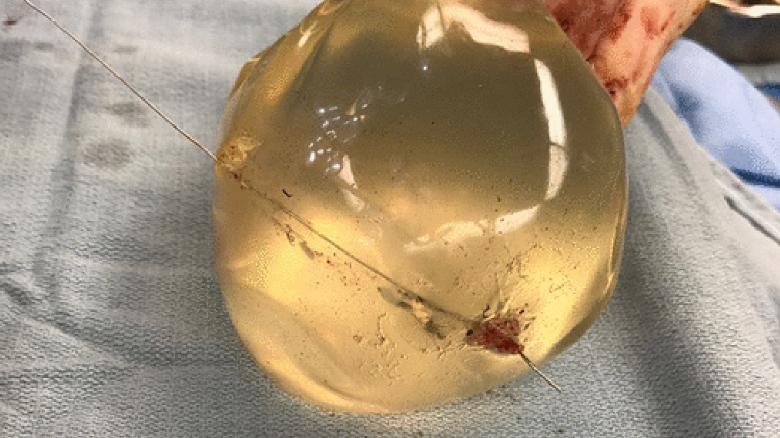 Intraoperative view of left breast implant showing bullet trajectory through implant.”On the left hand side is the heart and lungs — if the bullet would have gone into the chest, she would have had a much more serious, possibly life-threatening injury,” McEvenue added.Medics found a hard, bullet-like object in the woman’s right lower anterior thoracic wall below the right breast.Using trauma radiographs, medics were able to spot the bullet in the right lateral thoracic wall, a fractured rib and air bubbles in the left breast, and concluded that the bullet traveled from the left breast to the right thoracic wall.

Article is from the disgusting DNC propaganda arm known as cnn. link below but don’t give them the click. I already gave you the only parts that are of interest .