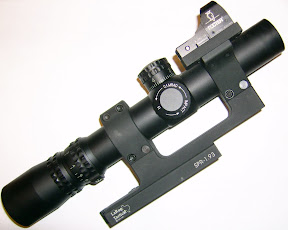 A big thanks to the good folks at LaRue Tactical.  I needed a replacement ring half (to replace one I damaged) and some screws for my mounts.

Despite that I gave alternate info that had no ordering history from LaRue and that I offered to pay, LaRue Tactical still sent me the parts for free.  Their fast shipping allowed me to correct the issue I created quickly.

On that note, I would like to mention one company I was less then impressed with, Daniel Defense.  I asked what size a certain set of screws where that I needed.  They kindly offered to send me some, and then quickly mailed me a bag of the wrong screws.  All of my several attempts to contact them about getting  the correct screws were either ignored or not responded too.